Diogo Guerra is a medical illustrator based in Lisbon, Portugal. Applying his background from veterinary medicine school, he creates visual materials used in medicine, ranging from textbook illustrations to surgical procedures to data visualization. An advocate for science communication, he hosts seminars and workshops, which help those in the scientific community better convey their research findings to others.

What does medical illustration include?

Medical illustration includes, for example, anatomical drawings that are going to be featured in a medical textbook and several illustrations of specific surgery that we would cover step by step in a scientific publication. We think of graphs and data visualization that would be used by a pharmaceutical company in their internal or external communication materials. We also work on visual materials for patients like, for example, instructions on how patients should use a specific medical device. 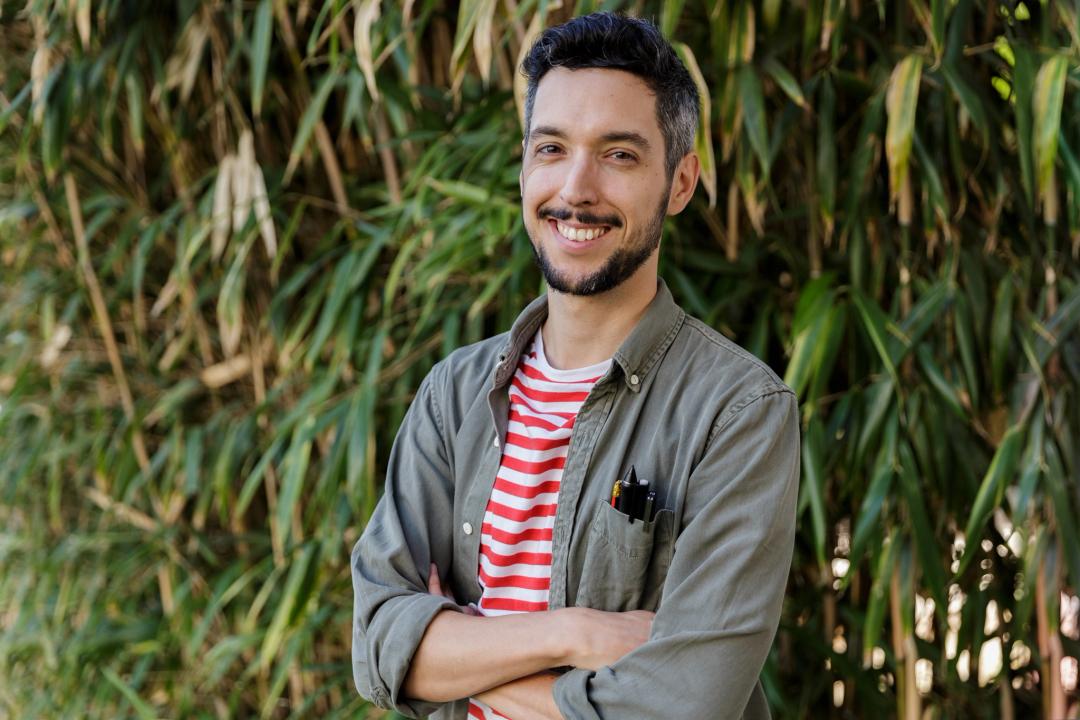 I never considered art and medical illustration in particular as career options because I never thought people would be willing to pay me to draw. I always saw drawing as a hobby. It was only when I went into veterinary medicine school that I realized that this was actually a field and people were working full-time in this particular field.

I also realized that there was a lot of work to be done in terms of visual education materials for, in particular, veterinary students. I remember when I had to study anatomy, I was often let down by the options that we had in terms of diagrams, images, textbooks, etc. It was never a conscious decision, but things just lined up. I saw the need, and I saw my willingness to try something different.

What does the education track look like for a medical illustrator?

Often, people assume that I had to shift my career entirely. But in reality, it’s actually because I studied veterinary medicine that I was able to migrate into this field of medical illustration. When I was at university, I also learned all of the medical backgrounds that I would need as a medical illustrator—anatomy, histology, microbiology, and everything related to animal health.

While I was at university, I was part of the student group in the scientific department. That meant I was involved in a lot of initiatives such as organizing seminars and conferences as well as putting together a scientific magazine. All of that allowed me to really understand how communication, in general, should work—whether it was communicating with potential people that we were going to interview or professionals who would be participating in our conferences. We also had to create promotional materials. It was through this experience that I got to learn Adobe Photoshop and InDesign, which are important programs for anyone who works in the visual/illustration design field.

It was also through university that I was able to go to Zurich, Switzerland to do my master’s degree project. I eventually stayed in Zurich for a couple more years to work in research. During that time, I was able to do a semester course in scientific illustration, which gave me the spark to really understand that that was something I wanted to do and to lay the foundation for my artistic background.

For anyone interested, I would recommend checking out The Association of Medical Traders and The American Name Association, where they really list out all the available options. If you are like me and only later on decide that this is a field that you want to try, there are a lot of smaller courses and workshops that you can find online or even physically in your own city that could help you get furnished with the tools that you need to become a medical illustrator without going back to the university. 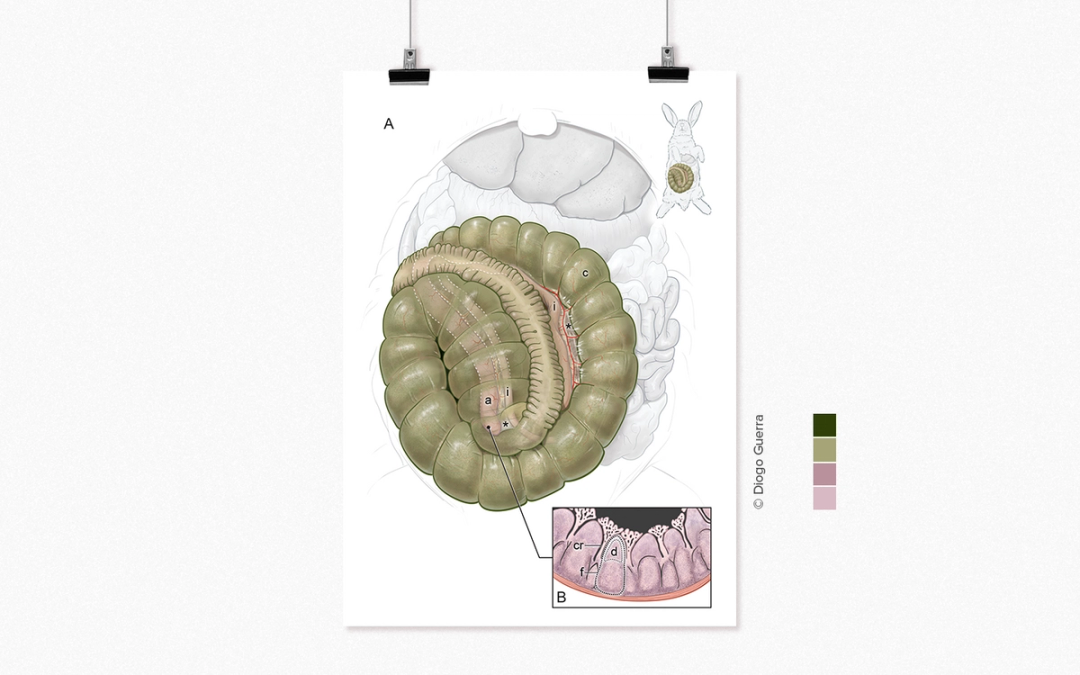 Anatomical features and location of the appendix in healthy rabbits — figure for a scientific article (Credit: Diogo Guerra)

What do you hope to accomplish with your seminars and workshops?

When I was working in research and at the medical communications agency, I realized that scientists need to communicate data but are sometimes not the best at doing that. Scientists know how to collect the data and how to analyze it, but when it comes to actually communicating that data in written form, verbally, or even visually, not all scientists have the formal training to do that.

These workshops and seminars are really focused on that. They vary in terms of duration and complexity depending on the target audience. But mostly, they focus on giving scientists, Ph.D. students, and master students tips on how to better present their data, from how they produce their graphs to how they tailor their posters and presentations.

The goal of those seminars is to take what I have learned through all of these years and give back to the scientific community.

What is your favorite part about being a medical illustrator?

What I find the most satisfying when I work as a medical illustrator is all of the learning that goes into creating medical illustrations. Even if it’s a topic that I’m already familiar with, I always need to (and I always should) go and read more about the topic. Maybe a client is writing an article—I should read that article to understand exactly what I need to say.

Also, I compile all of the relevant information for the visual materials that I’ll need to create. It’s almost like a puzzle. You have a lot of different pieces, and you need to find the most compelling and effective way to put that together.

I find it very rewarding to think that I can help someone who is in the position that I was some years ago—when I didn’t have that many visual resources—and make sure that they are getting better learning materials. 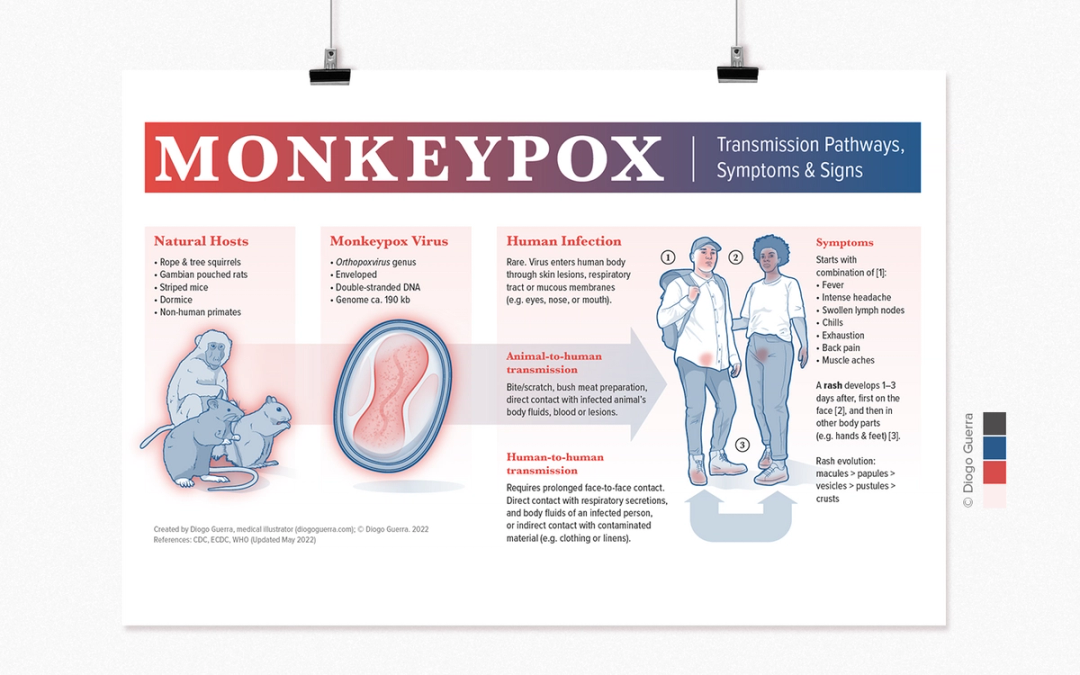 What are some of your favorite illustrations?

I’m currently working on a veterinary anatomy textbook, where we are covering neuroanatomy and the anatomy of the circulatory system. Neuroanatomy is a field that is not so well developed, so it has been a challenge but a rewarding one. We are creating a lot of new illustrations that have never been done before.

I also worked on a couple of data visualization projects recently. Those are also some of my favorites because it’s a new field that I’m getting into, and I’m learning a lot. 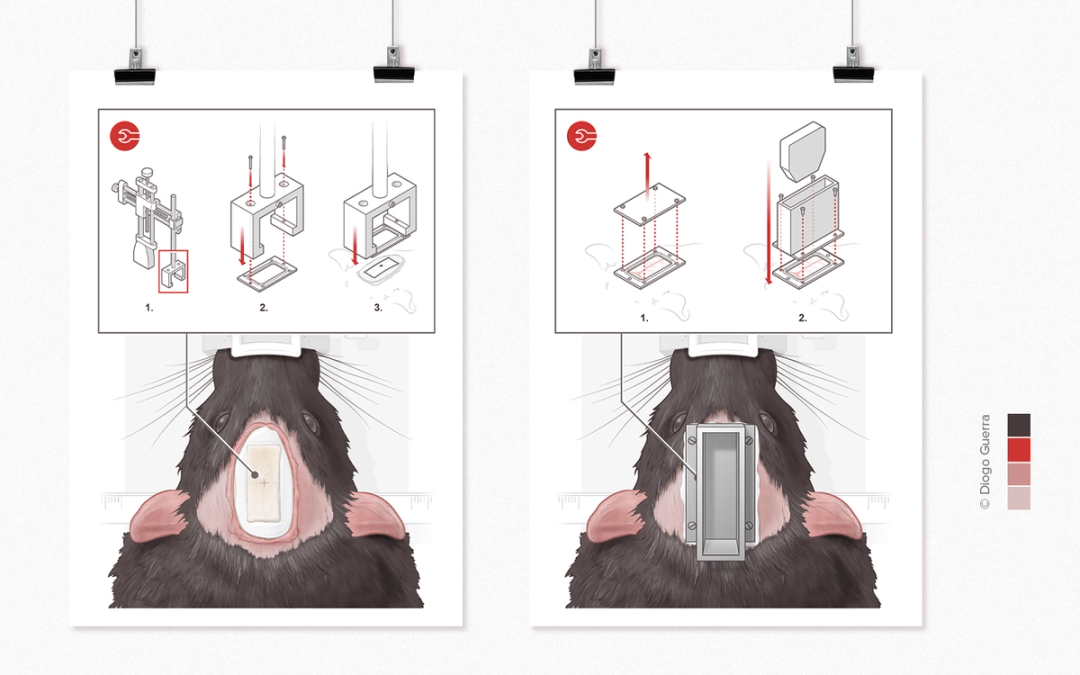 Steps of a surgical procedure for functional ultrasound imaging of rodents brain–figures for a scientific article (Credit: Diogo Guerra)

Can you walk us through a typical day in your life?

As a freelancer (which I now am full-time), the schedule can be very different. But, it usually involves planning and emails at the start of the day. Then, I can hopefully start a larger task. I always like to have one main task per day that I can focus on and have maybe one or two smaller tasks to make sure I am not overwhelmed.

By the end of the day, I usually plan what I’m going to do the next day. If it’s a bigger project, it will already have been planned in advance. Then, I like to make sure that I close off my emails and that I really leave work. I need to turn everything off and just go to my personal life afterward.

What do you hope to see in the future of medical illustration?

I’m curious to see where virtual reality and augmented reality are going. As tools for medical education, these are very promising. Also, the roles that they can have in surgeries—it’s really a whole new world out there.

I’m really excited about the growth of data visualization in general, not only within the medical illustration community. There has been a big surge in information designers, and in a time where so much data is out there, we will need to find good people who understand how to communicate this data. So, I’m excited to see how the field grows into more productive and interactive materials. 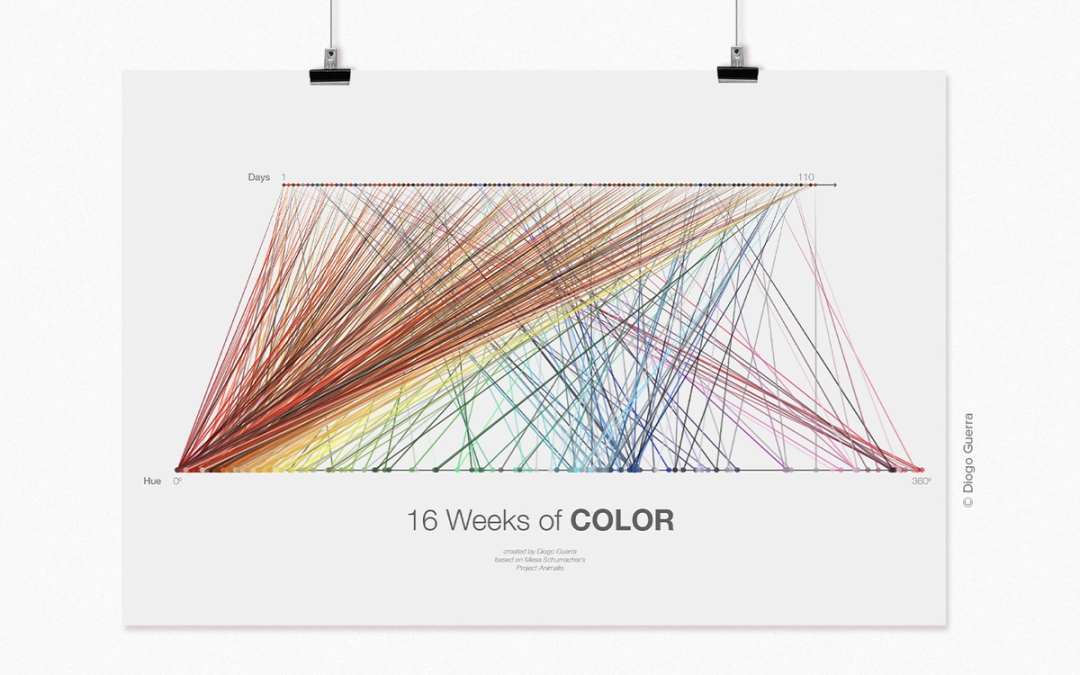 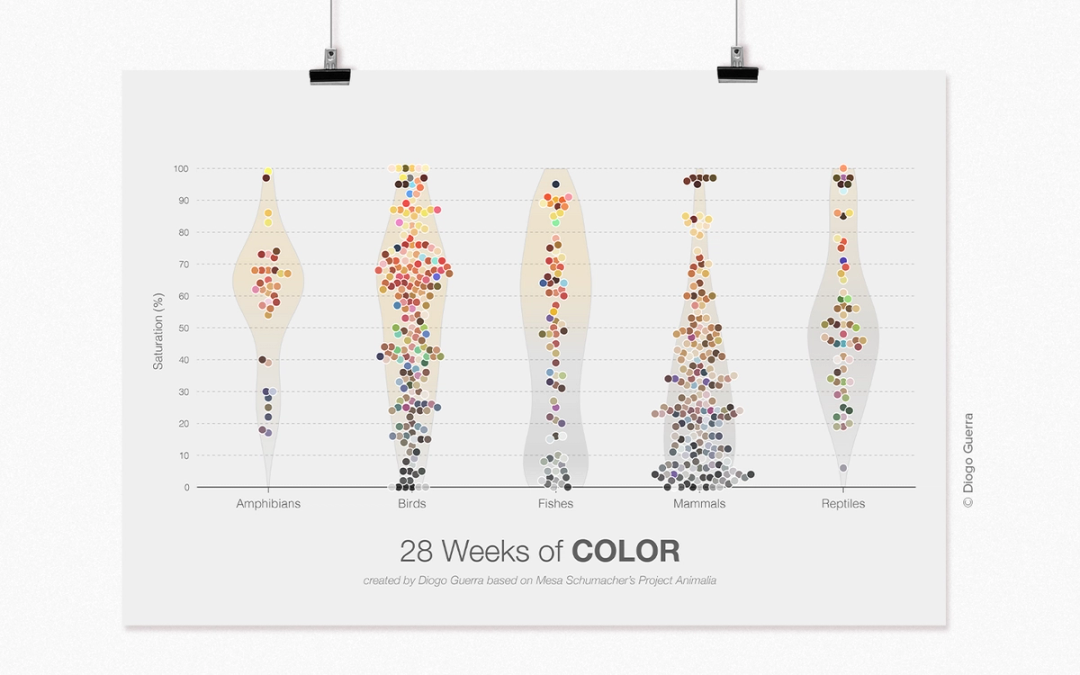 What would you say to a student who is interested in pursuing medical illustration?

The best advice I could give is don’t rush. Don’t limit yourself by having a very fixed idea of what you want to do. I know this may sound demotivating. Be open to everything that can be happening. The concept of a lifelong, single career is getting very outdated, so be open and flexible to everything that comes your way.

It’s important to combine your scientific background with your artistic background. Make sure that you have those two solid foundations. In the meantime, understand a bit about business and what it’s like to be a freelancer. Do not limit yourself in the sense of where you are geographically because luckily nowadays we can work with virtually anyone around the world.

Finally, there is a website I wanted to share called Learn Medical Art, which is an online course and a good starting point for anyone curious about the field.