Dr. Alice Cocoros is a physicist in the Space Exploration Sector at the John Hopkins University Applied Physics Laboratory. She obtained her Ph.D. in particle physics researching elementary particles at CERN, and her current work involves systems design engineering for instruments used in NASA missions such as the Dragonfly mission.

What is NASA’s Dragonfly mission?

The Dragonfly mission is super exciting. It’s NASA’s latest new frontier mission that has been selected. Our goal is to send a nuclear-powered octocopter, which is a helicopter with eight rotors, to the surface of Titan, which is one of Saturn’s moons. What’s interesting about Titan is that it’s one of the ocean worlds of our solar system. It also has a really thick atmosphere and pretty low gravity, which actually makes it pretty easy to fly on Titan. I’ve heard a number of the people involved in the mission say that if you strapped wings to yourself and flapped on the surface of Titan, even you could fly! This makes it a very unique mission in terms of being able to go to an ocean world and look at prebiotic chemistry that might give us some insight into how life formed and what may or may not be currently on Titan. We also have this unique way of being able to navigate and cover a decent amount of the surface of Titan because of the environment.

On Dragonfly, I’m a part of the mobility subsystem in charge of navigation on Titan. There’s no GPS on Titan, so you have to find some way to know where you are and where you’re going. This is required to see all the different sights you want to see while keeping the rotorcraft safe and preventing it from getting lost. Specifically, on the mobility subsystem, I’m part of the Lidar team. Lidar is responsible for hazard avoidance, which means we shine lasers down on the surface and those lasers reflect back up so that we’re able to look at images. Using algorithms, we process all of that data to analyze whether the terrain underneath us is safe for landing, which means that it doesn’t have a steep slope and it doesn’t have too many rocks around. If it’s not safe, we need to keep moving and find a safer landing site. One of the big challenges is that all of this has to happen autonomously. The light time in terms of communication from Earth to Titan is pretty long. Therefore, the whole system has to be able to navigate the surface of Titan without a human in the loop. 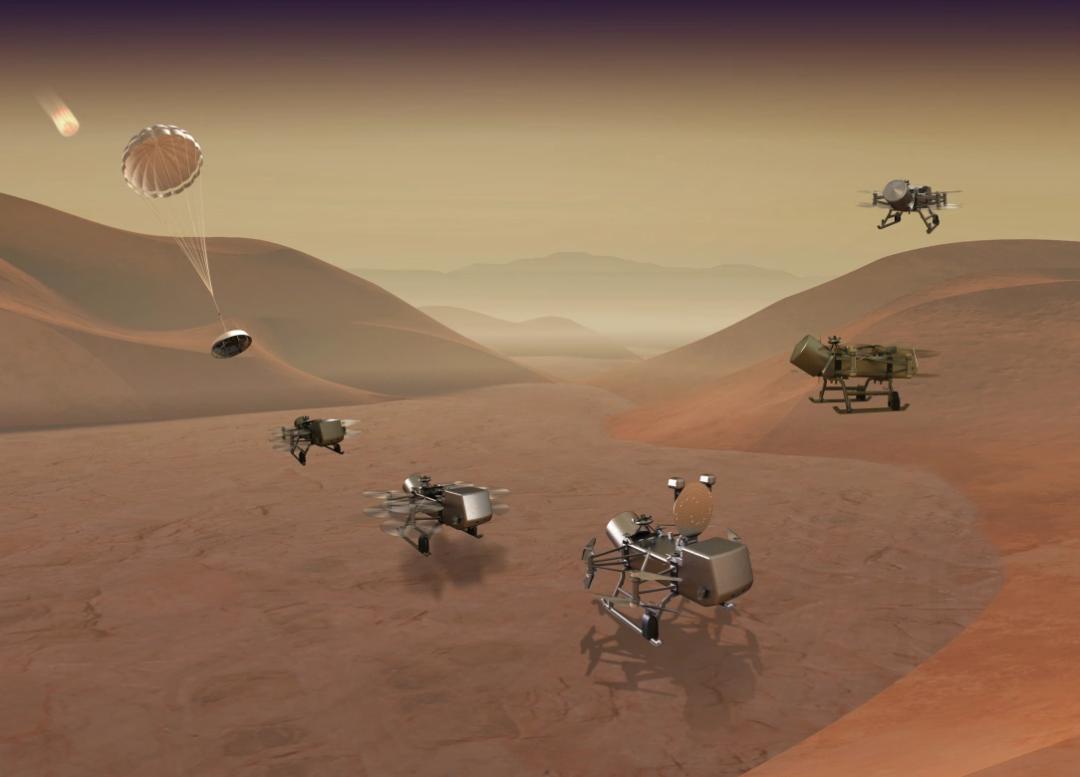 An overview of the Dragonfly mission operation on the surface of Titan (Credit: Johns Hopkins APL)

How can we use machine learning and simulation models to study space?

Machine learning is a really useful tool when you have big datasets and there is a specific aspect that you want to pick out from that dataset that may not be accomplished via other methods. Along with a couple of colleagues, I did a proof of principle concept to look at whether we could take high contrast images in the infrared of exoplanets, which are taken with the Gemini Planet Imager on the Gemini South Telescope in July, and determine if we’d be able to train a neural network to be able to detect exoplanets from that.

In the future, we’re going to need more robust algorithms than the current baseline algorithms to be able to detect Earth-like planets, which are much fainter than current planets. These current planets are called Hot Jupiters, which means they’re big, hot, and bright. With bigger telescopes, such as the Roman telescope and the James Webb Space Telescope (JWST), we expect that we’d be able to image those Earth-like planets around sun-like stars. We’d need some improvements in algorithms and not just the instrumentation to be able to do that.

I had a lot of different interests growing up. In elementary school, I wanted to be a veterinarian. Throughout middle school and probably through the first half of high school, I wanted to be a Broadway actress as I was into singing and dancing. In college, I refocussed these performing arts into piano but was also debating on becoming a physicist. I ended up attending college for physics but also for music.

In my junior year of college, I spent my fall semester focused on music and performed a concert on my own which honed in on my music skills. I spent the second semester at CERN, which is the Center for Nuclear Research in Switzerland that houses the Large Hadron Collider. The Large Hadron Collider is a giant particle collider that found the Higgs boson back in 2012, which happened to coincide with when I was there. As much as I loved piano, I also fell in love with particle physics.

I was a part of the Atlas collaboration, which was one of the four major detectors on the Large Hadron Collider. The Atlas collaboration was one of the two collaborations that would go on to announce that we had found the Higgs boson. Particles, in a way, talk to each other when they interact. Particles that interact with the Higgs boson, such as an electron, are massive. Particles that don’t, such as the photon, are massless. The function of the Higgs boson explains a lot about the standard model of particle physics, which is basically everything we know about interactions at the quantum level with still a lot of gaps and questions to be learned.

At that point, I fell in love with particle physics and knew I wanted to get my Ph.D. in that. I ended up coming back and going to Johns Hopkins for my Ph.D. and had a really great experience. I considered moving on in that field, but I ended up deciding that academia wasn’t quite the right fit for me. I obtained my bachelor’s degree in astrophysics, so I went back into space research and decided that the Applied Physics Laboratory would be a great place for me to use all my skills. I wanted to apply my knowledge in fundamental research, data analysis, and a variety of different things that I learned over the course of my bachelor’s and Ph.D. towards various space missions. I do miss particle physics every once in a while, but I’m really happy with the career decision I’ve made. 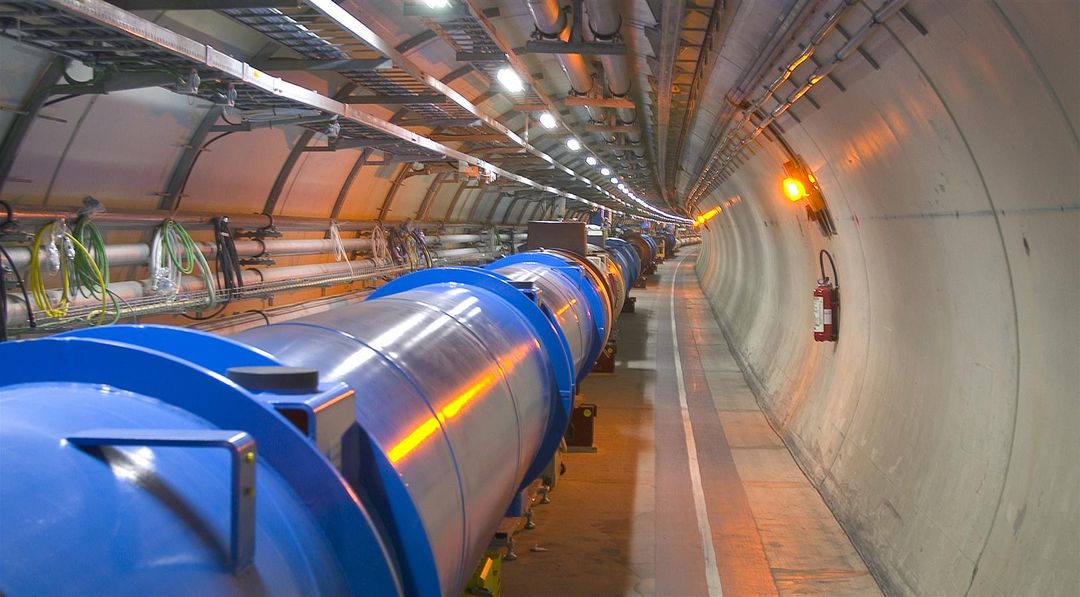 What was your favorite class in college?

I will be perfectly honest, I did not like coursework, but I really liked research. I’d say that one of my favorite classes that I took would be General Relativity in college. I went to a liberal arts college called Williams College, which has a close tie to Oxford. My college had a certain methodology to some of their courses where two people take a course with one professor, and that’s the course. It’s a much more interactive style of teaching. My best friend and I took this course together with a visiting professor from Poland, Professor Demiański, whom we absolutely adored.

Is there anything that surprised you when you first started at APL?

It was surprising to come to APL and not be defined by the precise research that I had previously done. They really opened the table for me and asked me what I was interested in and wanted to work on. Being at APL allowed me to learn new things as I went along on the job which was a different experience for me from traditional academia. 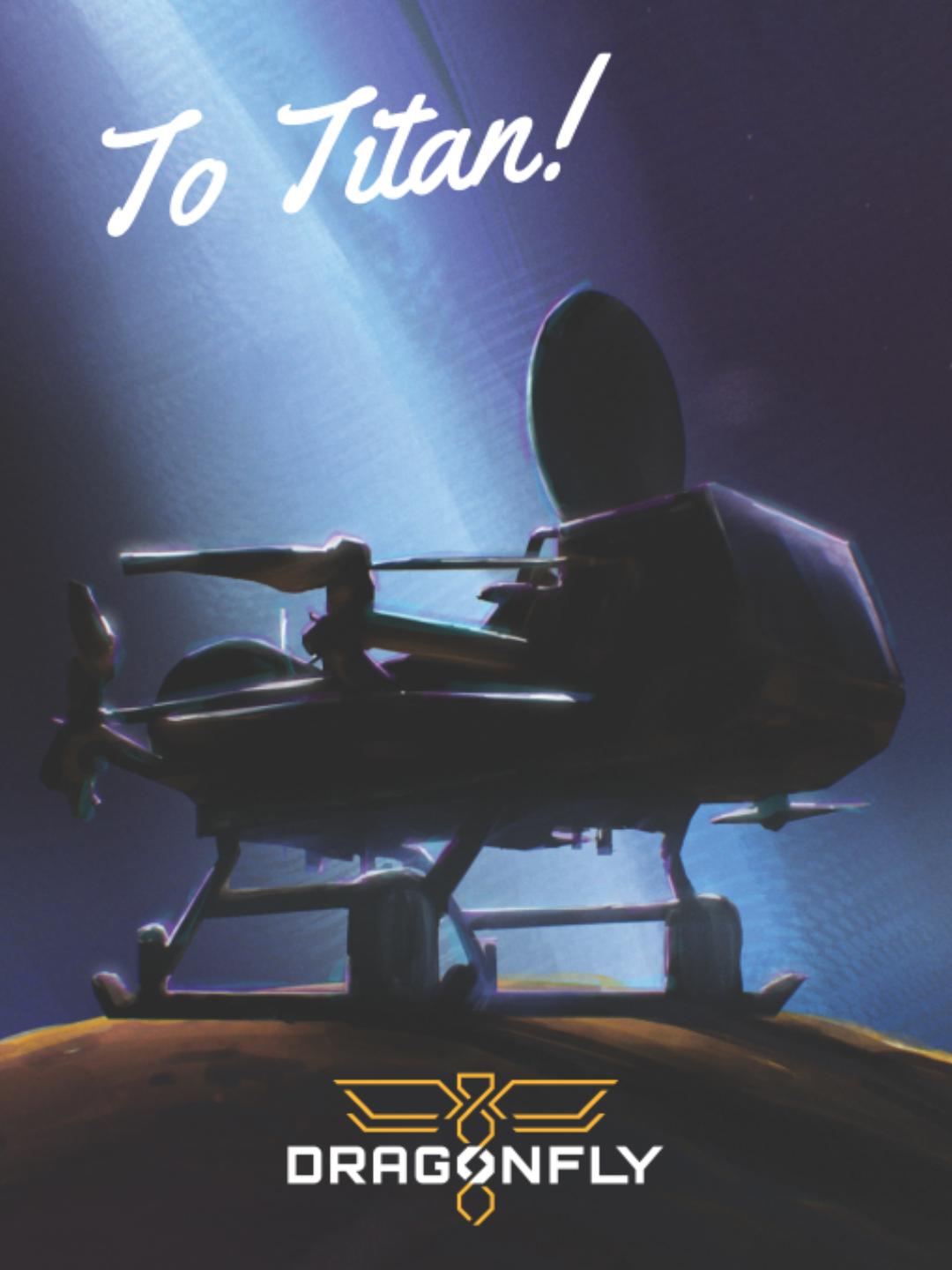 What does a typical day look like for you as a physicist at APL?

My days look really different depending on what’s going on at the moment. Some days look like a lot of zoom meetings and powerpoints, writing papers, or revising required documents. Some days might look like field testing. In March, we took a developmental model of a Lidar to a test facility in Colorado. We ran the Lidar through a bunch of different tests and looked at the data to make sure it worked. On some days, we are doing the technical work that needs to be done, which for me, is occasionally in the lab with hardware, but for the most part, it’s usually analysis-based on the computer with MATLAB or Python.

What are your thoughts on work-life balance?

I have a good work-life balance, and that’s been my goal from day one. A big reason why I left academia was the poor work-life balance that a lot of assistant professors have. Many assistant professors are under a “publish or perish” regime where they have to get out a certain number of papers to guarantee themselves tenure. In this position, there is hardly any limit to the workweek. In my role, I rarely work over 40 hours, but I filled those 40 hours with a lot of work. I am a mom to an 11-month-old, so I truly learned to balance a work-life balance, especially working from home during the pandemic. I really like working for a place that values me as a human and not just a physicist. 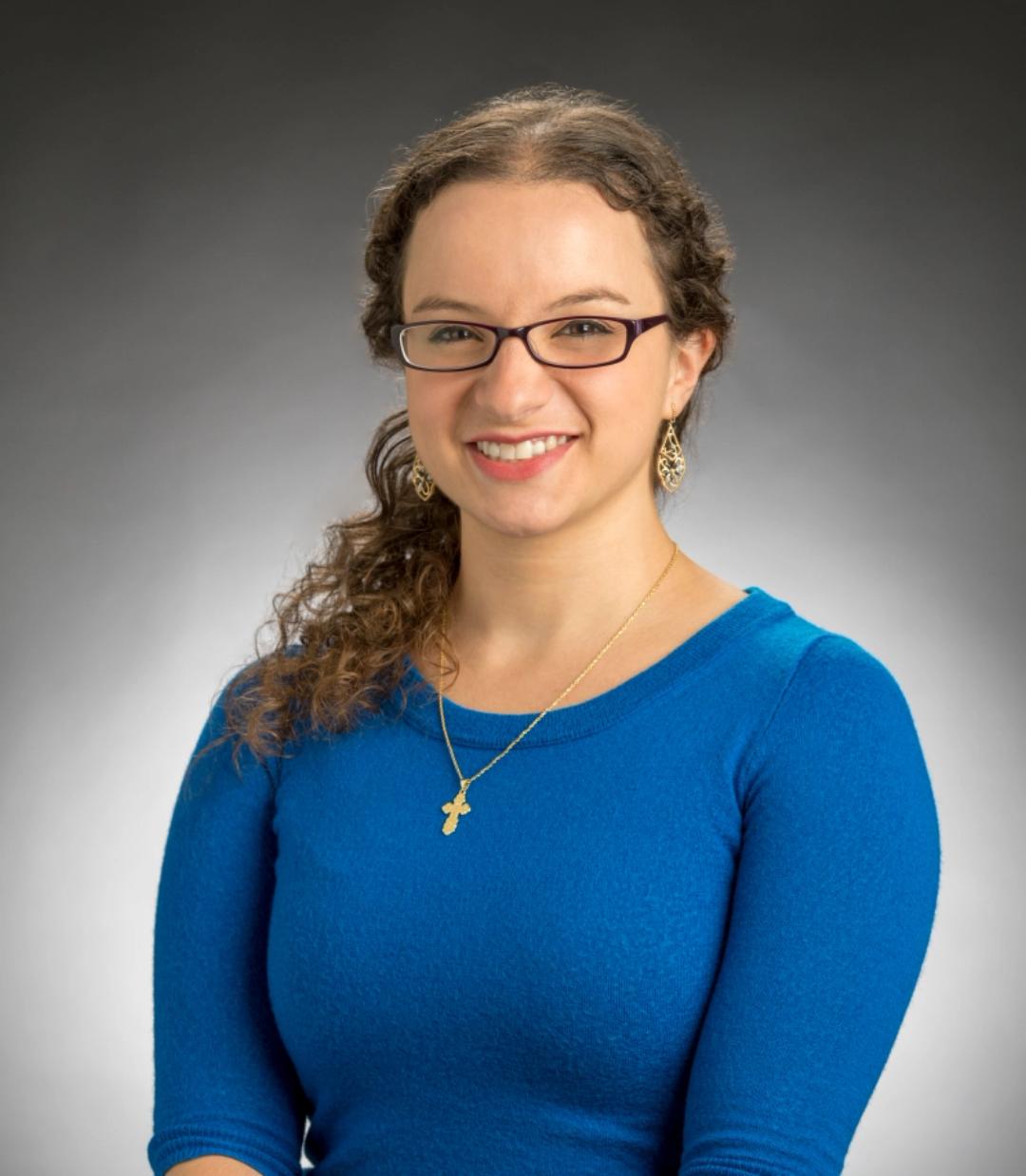 What skills would you say are important for a job like yours?

Having a general knowledge of the science you are pursuing, especially in a broad field, is important. Capability with software is also important. I never took a formal computer science class, but I’ve been coding since undergrad so I’ve had about 10 years of coding experience. I also think being able to communicate your research, effectively write papers, and give a PowerPoint presentation at an audience-appropriate level is critical because if you can’t disseminate what you’re working on appropriately, then you won’t go as far.

In terms of soft skills, listening is really important. Not only do I serve as a technical lead on a number of programs at APL, but I’m also a line manager. I am the section supervisor for the advanced algorithms section in our science and space instrumentation branch. I manage a small group of staff and make sure that their careers are progressing the way they want them to and help them out with any challenges they might come across. Listening is probably one of the most important things I could do as a manager.

What would you say to a student who is interested in pursuing physics or astrophysics?

I would tell a high school student who’s headed into undergrad not to get discouraged by the first year or two because those introductory courses can be really brutal. I grew up in rural Nevada, so I was not adequately prepared to attend a school where a lot of my fellow students had a prep-school education for high school. I really had a tough time those first years. I was playing a lot of catch-ups. Physics, in general, is a hard field of study, but it gets easier with time as you learn how to properly problem solve. If you are interested in physics but aren’t sure you’re good at it, you should stick with it and give it a few years before you give up on it.

I would tell an undergrad who’s interested in graduate school to first think very carefully about whether they really want to go to graduate school because it’s a challenging thing to undertake. If you don’t truly want it, you might end up miserable. But, if it’s what you want, then I would definitely encourage it. I’m so glad I got my Ph.D. and I really enjoyed that experience of focusing on research. I was blessed to have a really great graduate school advisor, so I also advise you to choose your graduate school advisor carefully.